Joe Damonte goes for the old-school barber shop feeling, with good talk and razor shaves
Durango Barbers owner Joe Damonte said its location just below the Balcony Bar and Grill on the corner of College Drive and Main Avenue is the perfect place for an old-fashioned barber shop. (Tyler Brown/Durango Herald) 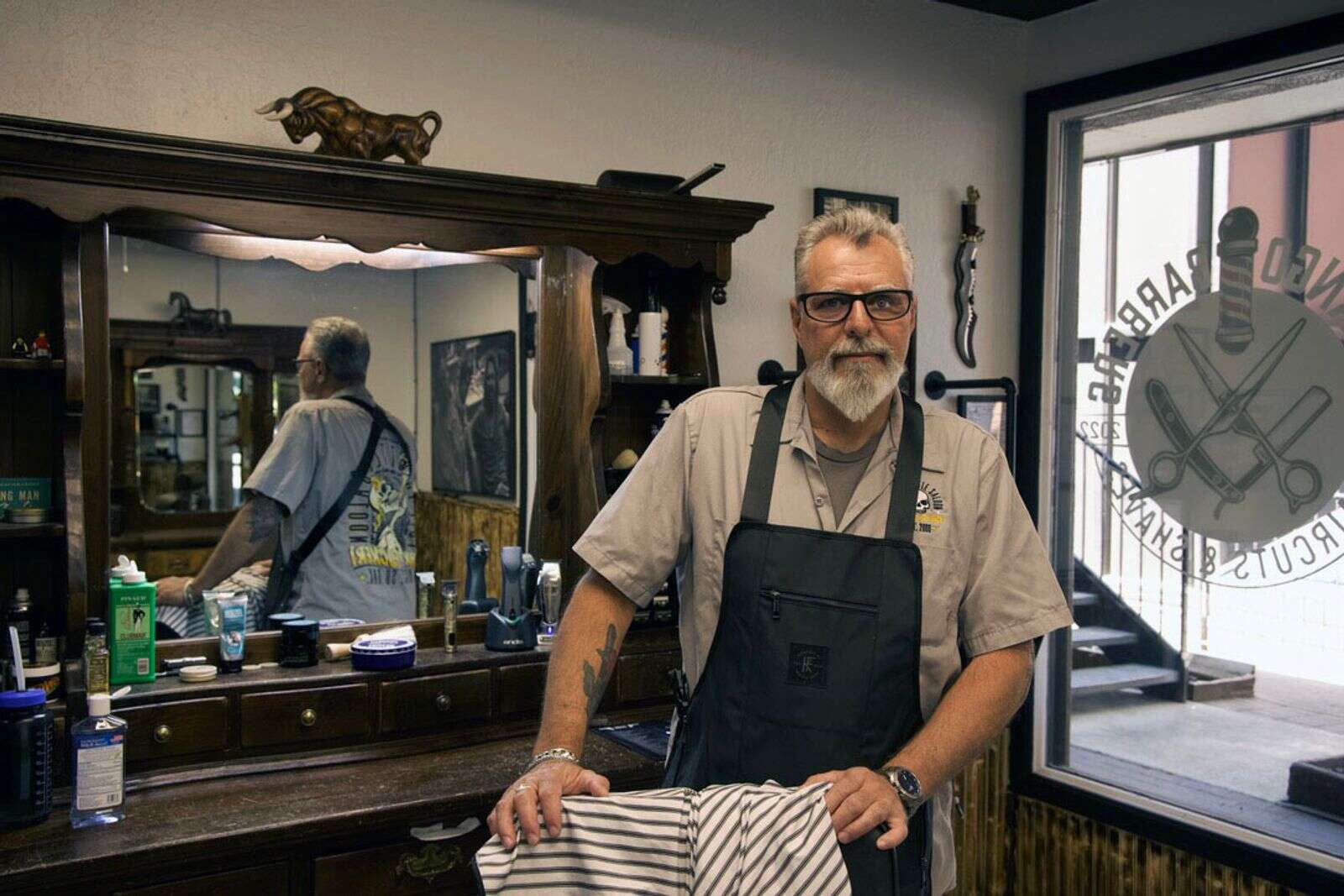 For most, a visit to the barber is just a haircut. But for Durango Barbers owner Joe Damonte, it’s about community and relationships.

Prior to owning the shop, Damonte lived in Summit County, where he spent time working as a chef and ice sculptor.

He worked for Sheraton Hotels and Resorts and while in Summit County he went to work for Vail Resorts running a conference center. He also worked as an executive chef for Breckenridge and had his own restaurant for five years, he said.

After leaving the culinary industry, Damonte knew he wanted to be a barber when he got a haircut for a job interview. His father also owned a barber shop.

“I was talking to my hairstylist about changing careers, and he just gave up on being a hairstylist on my lap,” he said.

Damonte said the skills from his previous career paths have helped shape his style, as he enjoys working with his hands. He is proud of his abilities with a straight razor and has won acclaim around Summit County for his work.

“It’s a lost art,” he says. “Not many people want to shave with a razor because it takes time. If you come here for a shave and a haircut, you’re here for an hour and a half. It’s the men’s spa treatment. They love the towel and the perfume.

Durango Barbers emphasizes the old-school barbershop feeling, one that Damonte identifies as creating an atmosphere of community and trust. He enjoys the camaraderie that comes with cutting his hair and talking about people’s lives.

However, Damonte says he moved to Durango to be closer to his family and to retire. The climate and the mountains also played a role in his choice of Durango. He said he could retire in four to five years and planned to turn the shop over to another barber.

While he enjoys the intimacy of a one-man show, Damonte hopes to bring more barbers into the store to create a relaxed social environment he loves at his favorite old-fashioned barbershops.

“People want a good haircut, but they also want this conversation, and me working alone here right now, it’s a little more intimate because people can open up,” he said. . “Guys who are traveling or just got divorced can say anything, walk away, and not care.”

The shop is open from 10 a.m. to 6 p.m. Monday to Friday. A traditional haircut costs $30, but there are discounts for children and seniors. A beard trim costs $25 and a straight razor shave costs $45, but a combination haircut and shave costs less.

Damonte attributes his early success to his ability to listen to customers, at the store’s location at 600 Main Ave. No. 111 and its online presence. He hopes his barber shop will become a fixture in the Durango community for years to come.